Skip to content
1).Barrackpore: Barrackpore is famous for the first British barrack that was built here in the year 1772. After settling here, Britishers spread their control over India conquering different states. In the 19th century, two major revolts took place in Barrackpore for attaining Independence. The Indian Rebellion of 1857 took place here which later ignited the fire among people to fight for their independence. Being a place filled with gardens & greenery, Barrackpore provides travelers with ample places where one can relax under verdant trees and enjoy some quiet time amidst blooming flowers and green shrubs. Spend an evening having a picnic and maybe unleash your inner child. Barrackpore makes for a great weekend getaway as it proffers a perfect blend of history and culture. Barrackpore is a quiet place nestled in the state of West Bengal which saw a lot of turbulence but stood still. 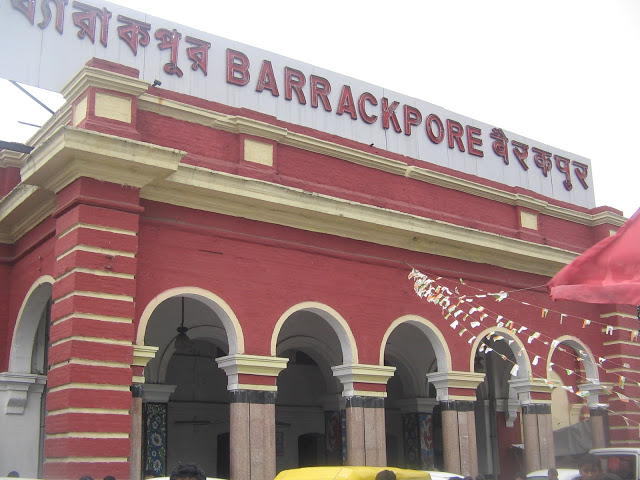 Pic: Barrackpore
One of the closest picnic spots near Kolkata, Barrackpore has an eminent historical significance as shared above, same has played a major role in the independence struggle of our country, this place has attractions that are more like an ode to the martyrs of the war.  The Gandhi Ghat, Mangal Pandey Park, a museum on Mahatma Gandhi, and Jawahar Kunj Garden are some of such attractions. Boating facilities are also available in Barrackpore. You can spend some peaceful time paddling in the serene water of River Hooghly.

Places to Visit in Barrakpore
1. Mangal Pandey Park: This beautiful park is built in honor of Mangal Pandey who was the first Nationalist to rise against the British oppression. 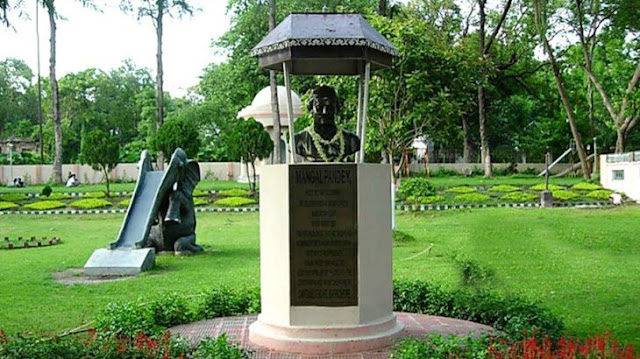 He voiced his thoughts and started an independence movement in Barrackpore. Unfortunately, he was hanged by the Britishers on 8 April, 1857. A splendid statue of him is situated in the park along with verdant trees and blossoming flowers. This place holds historical significance and is visited by travelers and locals to enjoy tranquility and solitude.
2. Gandhi Museum: Gandhi Museum is a grand museum which has five galleries, a study centre and a huge library replete with some of the rarest books. 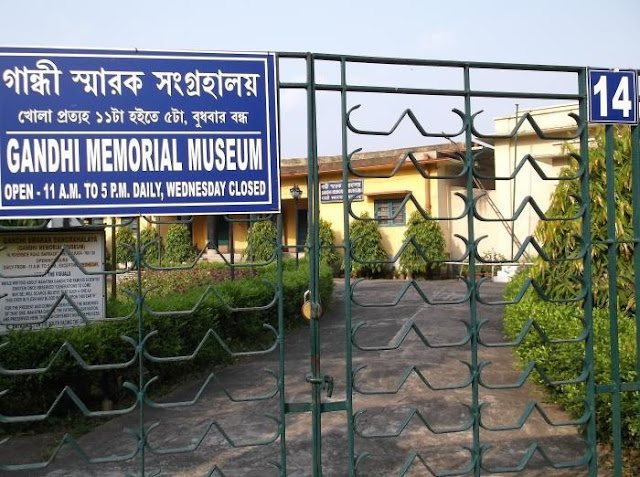 This museum mainly contains information and artifacts of Gandhi. Some of the rare books from Gandhi’s collection are up for display here. Books written by Gandhi are also available for sale. More than 800 photographs of freedom fighters are put up here to honor them. You can visit this museum between 11am to 5pm every day except Wednesday as the museum is closed on Wednesday. There is no entry fee for this museum.
3. Annapurna Temple: Temple is situated in Talpukur area of the subdivisional town of North 24 Parganas Barrackpore just by the sides of the Ganges. The temple is dedicated to Goddess Annapurna.The construction of this brick-made temple began roughly in 1870 and it took five years to complete. 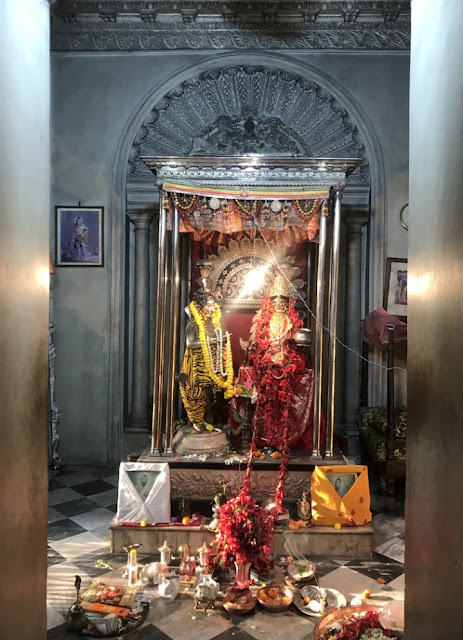 The temple is in a raised platform and there is a staircase on the western, northern, and southern side. The first floor contains four ratnas while the second floor has five which when sums up comes to nine ratnas or nabaratna. The inauguration took place on 30th Chaitra, 1281, which according to Gregorian calendar was 12th April, 1875; almost two decades after the opening of the Dakshineswar Temple. Ramakrishna Paramahansadev was present not only on the day of the inauguration of Annapurna Temple but also on the day of selection of the land for the temple. It was said that previously Serampore on the other side of the Ganges was selected as the place for the temple but finally Chanak (the old name of Barrackpore) was finalized for the construction of this beautiful nabaratna temple. Annapurna Temple was built by the youngest daughter of Rani Rashmoni – Jagatdamba and wife of Mathur Mohan Biswas.
4.  Bartholomew Cathedral: Also known as Garrison Church, Bartholomew Cathedral was built in 1847. The cathedral is beautifully built with illustrations of gothic architecture. Since this church was built by Britishers during their stay in Barrackpore, this church is similar to a lot of churches in Britain. Visiting this church and praying in front of the magnificent pulpit will make you feel calm and pious. 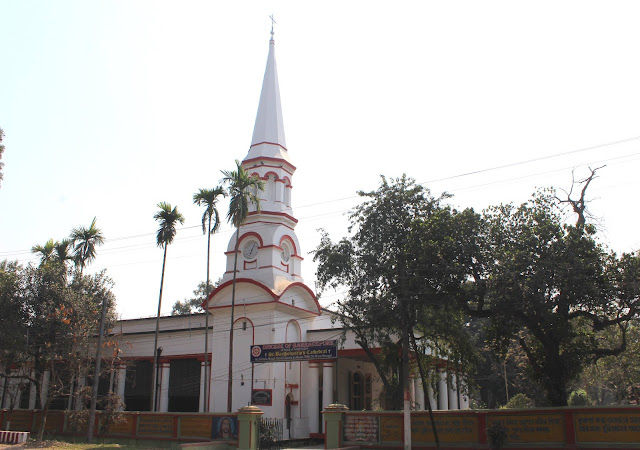 5.  Tarakeswar Temple: This pristine temple was built in the 18th century. The temple houses a lingam in the inner sanctum while the open veranda is used to hold congregations. The temple is built using pristine white marbles and the grand architecture of it is what lures people in visiting the temple. This temple is also known to provide solace for the disturbed soul and purge them of negativity.
6. Gandhi Ghat: Gandhi Ghat is built as a memorial to honor the “Father of the Nation.” This ghat comprises of a lot of murals that depicts the works that Gandhi did throughout his life. 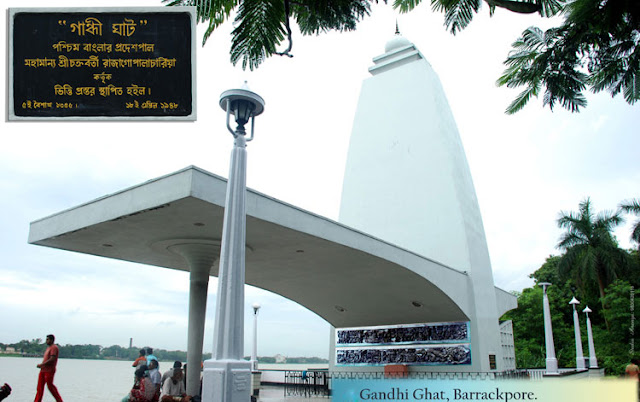 Some of Gandhi’s ashes after his death was spread here. The ghat also provides visitors with a mesmerizing view of the Ganga River. This ghat is filled with tranquility and serenity and is a must-visit.
7. Jawaharkunja Garden: Jawaharkunja Garden is situated near the Gandhi Ghat. This place is popular amongst people as it is serene and calm which makes it a perfect picnic spot. The garden is filled with verdant trees and shrubs. A lot of colorful flowers and be seen blooming here. A small yet tranquil pond lies right at the center of the garden which magnifies the beauty of the whole place. This garden is a must to relax and spend quality time with your loved ones.
8. Nishan Ghat: The construction of Nishant Ghat was undertaken by the Britishers for the purpose of their Governor-General. This ghat was visited by a lot of guests of the Governor-General and senior officers of East India Company. This ghat is close to River Hooghly and provides mesmerizing landscapes. The ghat is surrounded by verdant trees. If possible try to witness either a sunrise or a sunset from here as the scenic beauty during this time is splendid.